A Culture of Discipline 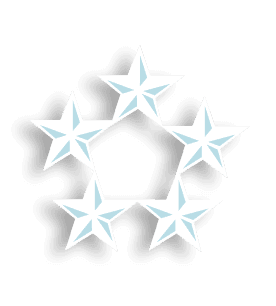 Culture of Discipline is a concept developed in the book Good to Great. Disciplined people who engage in disciplined thought and who take disciplined action—operating with freedom within a framework of responsibilities—this is the cornerstone of a culture that creates greatness. In a culture of discipline, people do not have jobs; they have responsibilities. When you blend a culture of discipline with an ethic of entrepreneurship, you get a magical alchemy resulting in superior performance.
Media and Articles
Video
Expand +
Creativity is Natural, Discipline is Not Discipline and Bureaucracy Greatness Is A Matter of Conscious Choice and Discipline The Role of Strategic Planning as a Mechanism for Disciplined Thought
Articles
Expand +
How Great Companies Tame Technology Manager's Journal: High Returns Amid Low Expectations The Secret to Enduring Greatness The Wizard, King, and Hobbit Business
Excerpts from Good to Great

Few successful start-ups become great companies, in large part because they respond to growth and success in the wrong way. Entrepreneurial success is fueled by creativity, imagination, bold moves into uncharted waters, and visionary zeal. As a company grows and becomes more complex, it begins to trip over its own success—too many new people, too many new customers, too many new orders, too many new products. What was once great fun becomes an unwieldy ball of disorganized stuff. Lack of planning, lack of accounting, lack of systems, and lack of hiring constraints create friction. Problems surface—with customers, with cash flow, with schedules.

In response, someone (often a board member) says, “It’s time to grow up. This place needs some professional management.” … The professional managers finally rein in the mess. They create order out of chaos, but they also kill the entrepreneurial spirit. Members of the founding team begin to grumble, “This isn’t fun anymore. I used to be able to just get things done. Now I have to fill out these stupid forms and follow these stupid rules. Worst of all, I have to spend a horrendous amount of time in useless meetings.” The creative magic begins to wane as some of the most innovative people leave, disgusted by the burgeoning bureaucracy and hierarchy. The exciting start-up transforms into just another company, with nothing special to recommend it. The cancer of mediocrity begins to grow in earnest.

Indeed, discipline by itself will not produce great results. We find plenty of organizations in history that had tremendous discipline and that marched right into disaster, with precision and in nicely formed lines. No, the point is to first get self-disciplined people who engage in very rigorous thinking, who then take disciplined action within the framework of a consistent system designed around the Hedgehog Concept.