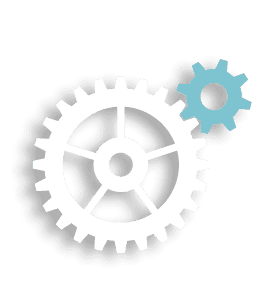 Clock Building is a concept developed in the book Built to Last. Leading as a charismatic visionary—a “genius with a thousand helpers”—is time telling; shaping a culture that can thrive far beyond any single leader is clock building. Searching for a single great idea on which to build success is time telling; building an organization that can generate many great ideas over a long period of time is clock building. Enduring greatness requires clock building.
Media and Articles
Video
Expand +
Clock Building, Not Time Telling Funding: Time-Telling Vs. Clock Building
Articles
Expand +
Building Companies to Last The Silicon Valley Paradigm and Why It Won
Excerpts from Built to Last

Imagine you met a remarkable person who could look at the sun or stars at any time of day or night and state the exact time and date: “It’s April 23, 1401, 2:36 A.M., and 12 seconds.” This person would be an amazing time teller, and we’d probably revere that person for the ability to tell time. But wouldn’t that person be even more amazing if, instead of telling the time, he or she built a clock that could tell the time forever, even after he or she was dead and gone?

Having a great idea or being a charismatic visionary leader is “time telling”; building a company that can prosper far beyond the presence of any single leader and through multiple product life cycles is “clock building.” In the first pillar of our findings—and the subject of this chapter—we demonstrate how the builders of visionary companies tend to be clock builders, not time tellers. … The primary output of their efforts is not the tangible implementation of a great idea, the expression of a charismatic personality, the gratification of their ego, or the accumulation of personal wealth. Their greatest creation is the company itself and what it stands for.

We came upon this finding when the evidence from our research punched holes in two widely held and deeply cherished myths that have dominated popular thinking and business school education for years: the myth of the great idea and the myth of the great and charismatic leader. In one of the most fascinating and important conclusions from our research, we found that creating and building a visionary company absolutely does not require either a great idea or a great and charismatic leader. In fact, we found evidence that great ideas brought forth by charismatic leaders might be negatively correlated with building a visionary company.

In courses on strategic management and entrepreneurship, business schools teach the importance of starting first and foremost with a good idea and well-developed product/market strategy, and then jumping through the “window of opportunity” before it closes. But the people who built the visionary companies often didn’t behave or think that way. In case after case, their actions flew in the face of the theories being taught at the business schools.

Indeed, we’re asking you to consider a shift in thinking analogous to the shift required to found the United States in the 1700s. Prior to the dramatic revolutions in political thought of the seventeenth and eighteenth centuries, the prosperity of a European kingdom or country depended in large part on the quality of the king (or, in the case of England, perhaps the queen). If you had a good king, then you had a good kingdom. If the king was a great and wise leader, then the kingdom might prosper as a result. Now compare the good-king frame of reference with the approach taken at the founding of the United States. The critical question at the Constitutional Convention in 1787 was not “Who should be president? Who should lead us? Who is the wisest among us? Who would be the best king?” No, the founders of the country concentrated on such questions as “What processes can we create that will give us good presidents long after we’re dead and gone? What type of enduring country do we want to build? On what principles? How should it operate? What guidelines and mechanisms should we construct that will give us the kind of country we envision?” Thomas Jefferson, James Madison, and John Adams were not charismatic visionary leaders in the “it all depends on me” mode. No, they were organizational visionaries. They created a constitution to which they and all future leaders would be subservient. They focused on building a country. They rejected the good-king model. They took an architectural approach. They were clock builders!