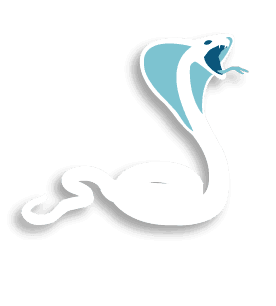 The moment a leader allows himself to become the primary reality people worry about, rather than reality being the primary reality, you have a recipe for mediocrity, or worse. This is one of the key reasons why less charismatic leaders often produce better long-term results than their more charismatic counterparts.

Indeed, for those of you with a strong, charismatic personality, it is worthwhile to consider the idea that charisma can be as much a liability as an asset. Your strength of personality can sow the seeds of problems, when people filter the brutal facts from you. You can overcome the liabilities of having charisma, but it does require conscious attention.

Winston Churchill understood the liabilities of his strong personality, and he compensated for them beautifully during the Second World War. Churchill, as you know, maintained a bold and unwavering vision that Britain would not just survive, but prevail as a great nation—despite the whole world wondering not if but when Britain would sue for peace. During the darkest days, with nearly all of Europe and North Africa under Nazi control, the United States hoping to stay out of the conflict, and Hitler fighting a one-front war (he had not yet turned on Russia), Churchill said: “We are resolved to destroy Hitler and every vestige of the Nazi regime. From this, nothing will turn us. Nothing! We will never parley. We will never negotiate with Hitler or any of his gang. We shall fight him by land. We shall fight him by sea. We shall fight him in the air. Until, with God’s help, we have rid the earth of his shadow.”

Armed with this bold vision, Churchill never failed, however, to confront the most brutal facts. He feared that his towering, charismatic personality might deter bad news from reaching him in its starkest form. So, early in the war, he created an entirely separate department outside the normal chain of command, called the Statistical Office, with the principal function of feeding him—continuously updated and completely unfiltered—the most brutal facts of reality. He relied heavily on this special unit throughout the war, repeatedly asking for facts, just the facts. As the Nazi panzers swept across Europe, Churchill went to bed and slept soundly: “I... had no need for cheering dreams,” he wrote.“Facts are better than dreams.”

Now, you might be wondering, “How do you motivate people with brutal facts? Doesn’t motivation flow chiefly from a compelling vision?” The answer, surprisingly, is, “No.” Not because vision is unimportant, but because expending energy trying to motivate people is largely a waste of time. One of the dominant themes that runs throughout this book is that if you successfully implement its findings, you will not need to spend time and energy “motivating” people. If you have the right people on the bus, they will be self-motivated. The real question then becomes: How do you manage in such a way as not to de-motivate people? And one of the single most de-motivating actions you can take is to hold out false hopes, soon to be swept away by events.