Genius of the AND 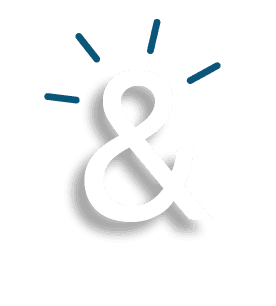 Genius of the AND is a concept developed in the book Built to Last. Builders of greatness reject the "Tyranny of the OR" and embrace the "Genius of the AND." They embrace both extremes across a number of dimensions at the same time—purpose AND profit, continuity AND change, freedom AND responsibility, discipline AND creativity, humility AND will, empirical analysis AND decisive action, etc.
Media and Articles
Video
Expand +
Genius of the AND The DNA of Enduring Greatness Lies in the "AND"
Articles
Expand +
Building Companies to Last The HP Way
Excerpts from Built to Last

You’ll notice throughout the rest of this book that we use the yin/yang symbol from Chinese dualistic philosophy. We’ve consciously selected this symbol to represent a key aspect of highly visionary companies: They do not oppress themselves with what we call the “Tyranny of the OR”—the rational view that cannot easily accept paradox, that cannot live with two seemingly contradictory forces or ideas at the same time. The “Tyranny of the OR” pushes people to believe that things must be either A OR B, but not both.

Instead of being oppressed by the “Tyranny of the OR,” highly visionary companies liberate themselves with the “Genius of the AND”—the ability to embrace both extremes of a number of dimensions at the same time. Instead of choosing between A OR B, they figure out a way to have both A AND B.

Irrational? Perhaps. Rare? Yes. Difficult? Absolutely. But as F. Scott Fitzgerald pointed out, “The test of a first-rate intelligence is the ability to hold two opposed ideas in the mind at the same time, and still retain the ability to function.” This is exactly what the visionary companies are able to do.

George Merck II explained this paradox in 1950: I want to.... express the principles which we in our company have endeavored to live up to.... Here is how it sums up: We try to remember that medicine is for the patient. We try never to forget that medicine is for the people. It is not for the profits. The profits follow, and if we have remembered that, they have never failed to appear. The better we have remembered it, the larger they have been.

Contrary to business school doctrine,we did not find “maximizing shareholder wealth” or “profit maximization” as the dominant driving force or primary objective through the history of most of the visionary companies. They have tended to pursue a cluster of objectives, of which making money is only one—and not necessarily the primary one. Indeed, for many of the visionary companies, business has historically been more than an economic activity, more than just a way to make money. ... Of course, we’re not saying that the visionary companies have been uninterested in profitability or long-term shareholder wealth (notice that we say that they are “more than” economic entities, not “other than”). Yes, they pursue profits. And, yes, they pursue broader, more meaningful ideals. Profit maximization does not rule, but the visionary companies pursue their aims profitably. They do both. Profitability is a necessary condition for existence and a means to more important ends, but it is not the end in itself for many of the visionary companies. Profit is like oxygen, food, water, and blood for the body; they are not the point of life, but without them, there is no life.