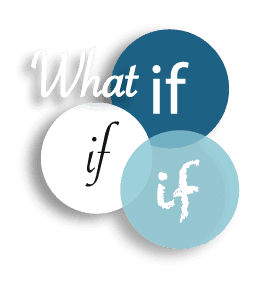 Productive Paranoia is a concept developed in the book Great by Choice. The only mistakes you can learn from are the ones you survive. Leaders who stave off decline and navigate turbulence assume that conditions can unexpectedly change, violently and fast. They obsessively ask, What if? By preparing ahead of time, building reserves, preserving a margin of safety, bounding risk, and honing their disciplines in good times and bad, they handle disruptions from a position of strength and flexibility..
Media and Articles
Video
Expand +
Productive Paranoia
Articles
Expand +
How to Manage Through Chaos
Excerpts from Great by Choice

Microsoft leaders met with underwriters and lawyers to edit the prospectus for an initial public stock offering. The underwriters and lawyers came prepared to be the purveyors of darkness, to engage in a battle with Microsoft leaders to adequately describe the risks investors should consider. But instead of encountering an overly optimistic entrepreneurial leader who painted a rosy picture of unstoppable success, they met DOCTOR DOOM. Steve Ballmer, then a vice president, reveled in coming up with scenario after scenario of risk, peril, danger, death, crippling attack, misfortune, and catastrophe. Grim possibilities poured into the conversation, underwriters scribbling away. Finally, after pausing to digest all the possible carnage, one of the underwriters said to Ballmer, “I’d hate to hear you on a bad day.”

“Fear should guide you, but it should be latent,” Gates said in 1994. “I consider failure on a regular basis.” He hung a photograph of Henry Ford in his office, to remind himself that even the greatest entrepreneurial successes can be passed by, as Ford had been passed by GM in the early history of the auto industry. He worried constantly about who might be the next Bill Gates, some freaky high school kid toiling away 22 hours a day in some dingy little office coming up with a lethal torpedo to fire at Microsoft.

Whether it be Herb Kelleher at Southwest Airlines predicting 11 of the last 3 recessions, Andy Grove of Intel “looking for the black cloud in the silver lining,” Kevin Sharer of Amgen putting a portrait of General George A. Custer (who led his troops to calamity at Little Big Horn) in his office to remind himself that overconfidence leads to doom, or Bill Gates issuing nightmare memos at Microsoft, the 10xers have a consistent pattern. By embracing the myriad of possible dangers, they put themselves in a superior position to overcome danger.

10xers distinguish themselves not by paranoia per se, but by how they take effective action as a result. Paranoid behavior is enormously functional if fear is channeled into extensive preparation and calm, clearheaded action, hence our term “productive paranoia.” (We’re not making any claims about clinical paranoia here; we’re labeling instead the 10x behavior of turning hypervigilance into preparation and productive action.) … Like Amundsen with his huge supply buffers, 10xers maintain a conservative financial position, squirreling away cash to protect against unforeseen disruptions. Like Amundsen sensing great risk in betting on unproven methods and technologies, they avoid unnecessary risks that could expose them to calamity. Like Amundsen, they succeed in an uncertain and unforgiving environment through deliberate, methodical, and systematic preparation, always asking, “What if? What if? What if?”

By preparing ahead of time, building reserves, maintaining “irrationally” large margins of safety, bounding their risk, and honing their disciplines in good times and bad, they handled disruptions from a position of strength and flexibility. They understood, deeply: the only mistakes you can learn from are the ones you survive.